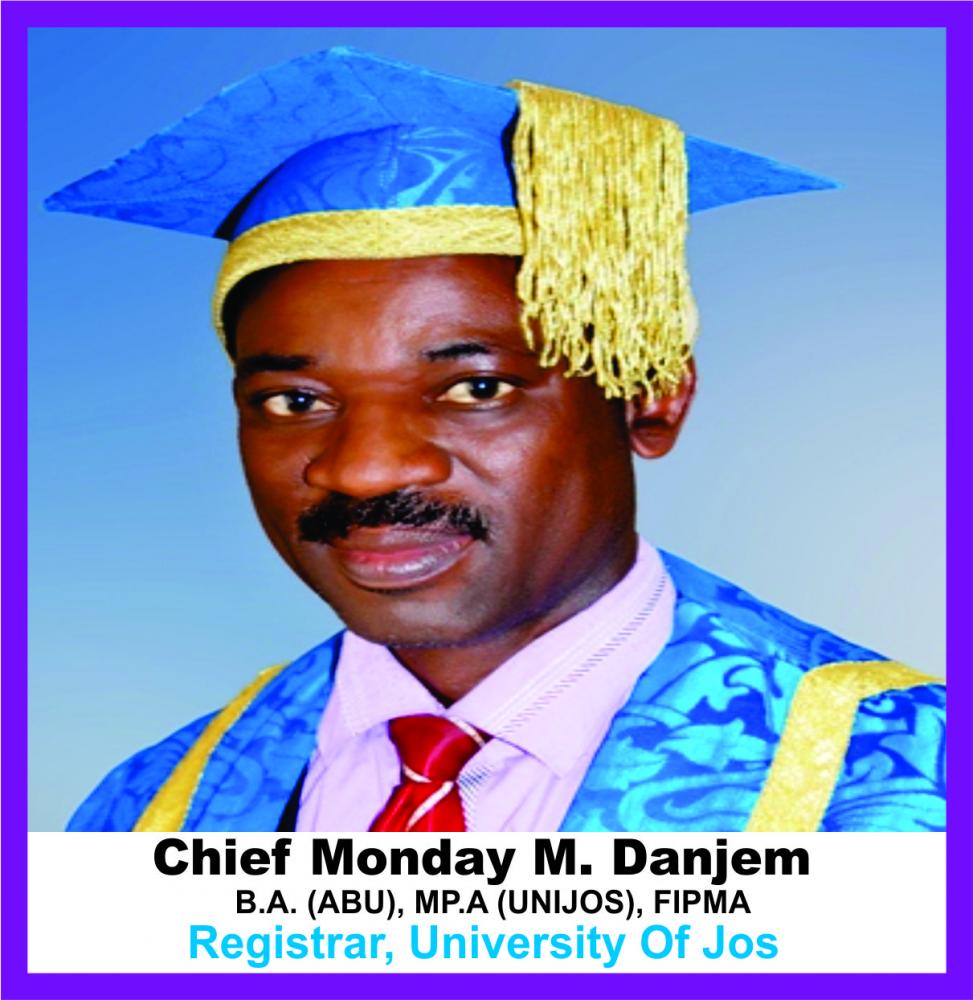 In a letter to the Registrar conveying the decision of the Governing Council to extend his tenure, the Vice-Chancellor, Professor Seddi Sebastian Maimako noted that Council took the decision having considered and reviewed the performance of the Registrar for which he was found to be competent, dependable and hardworking.

The Universities (Miscellaneous Provision) (Amendment) Act 2012 empowers University Governing Councils to, upon satisfactory performance, extend the tenure of a Registrar for a period of one year only after serving a single term of five years in the first instance. The tenure of the current Registrar of the University of Jos, Chief Monday Danjem will expire on 23rd June, 2021.

Chief Monday Danjem who hails from Jiblik in Pankshin Local Government Area of Plateau State, is Married to Mrs Esther Danjem and they are blessed with Six (6) children.