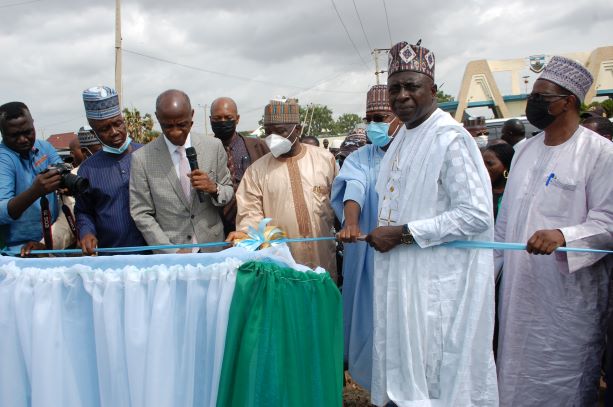 The University of Jos has remained globally consistent as a Research-intensive University that has recorded many research breakthroughs. And the University could do more if given the necessary laboratory tools and other research  facilities needed by its Researchers to remain globally competitive.

Executive Secretary of the Tertiary Education Trust Fund (TETFUND), Professor Sulieman Elias Bogoro stated this when he visited the University of Jos to commission completed Infrastructural Projects under the administration of immediate-past Vice Chancellor of the University, Professor Seddi Sebastian Maimako, funded by TETfund.

Accompanied by the Executive Secretary of the National Universities Commission (NUC), Professor Abubakar Rasheed, who was represented by the Deputy Executive Secretary (General Administration), Dr. Chris Maiyaki and some Directors in TETfund, Professor Bogoro expressed delight with the performance of the University’s former Vice-Chancellor. He said, what makes a university to be globally rated is the quality of its research breakthroughs that provide solutions to human problems, an attribute he identified with UNIJOS.

He said, the University of Jos under the Administration of Professor Seddi Sebastian Maimako had witnessed a sharp transformation in its infrastructure making it stand in a better position to be ranked as a top Nigerian University. While expressing satisfaction with the quality of the work carried out in the University, the TETfund Boss said, he is glad to see the funds released by TETfund properly utilized by the Vice-Chancellor who ensured that most of the projects were completed before his exit from office. Applauding Professor Maimako for the good work done, Bogoro said many Vice-Chancellors have received much higher interventions than that of the University of Jos, but unfortunately the projects undertaken are not commensurate with the funds released to them. Professor Bogoro encouraged Academics in the University to imbibe the culture of research, adding that Professors are rated based on the number of research breakthroughs achieved and grants they have won, and not just the number of their publications. The TETfund Boss commended the Plateau State Government under Governor Simon Bako Lalong and other stakeholders for ensuring that the State operates under a peaceful atmosphere that enables University of Jos witness accelerated development.

Unveiling some of the projects before their commissioning, Governor of Plateau State and Chairman, Northern Governors Forum, Rt. Hon. (Barr.) Simon Bako Lalong, represented by his Deputy, Professor Sonny Tyoden commended the efforts of the Vice-Chancellor in making the University wear a new look with modern infrastructure and other facilities. The Governor also commended the TETfund Executive Secretary for giving attention to the University and granting funds for its development.

Also speaking, Executive Secretary, National Universities Commission (NUC), Professor Abubakar Rasheed, represented by the Deputy Executive Secretary (General Administration), Dr. Chris Maiyaki, said what Professor Maimako has done in the institution with Professor Bogoro's assistance is a demonstration of true leadership exhibited by the two Scholars. He congratulated them both for their foresight which has led UNIJOS to attain a higher level of development.

Earlier, Vice-Chancellor of the University of Jos, Professor Seddi Sebastian Maimako said his administration was able to accomplish much because of the support of many stakeholders such as members of the University Management, the Federal Government through TETfund and NUC as well as other well-wishers.

Maimako expressed gratitude to God for using him to change the narrative about the institution, saying he was grateful that he achieved the mission of his Administration, which was anchored on the tripod of “Performance, Prosperity and Happiness.” He expressed delight that his administration had created a visible difference and added value to the system. Professor Maimako  commended all the Contractors and Consultants without whose efforts he believes he would not have recorded the successes being witnessed.

Contributing, National President of the National Association of Nigerian Students (NANS), Comrade Sunday Asefon Dayo registered his happiness with the facilities provided for Students and the University Community by the Maimako led Administration. The NANS President said, he was in the institution as part of a National Campus Tour and Assessment of facilities and infrastructural development across Universities in Nigeria.

He said, after going round to see things himself in all the campuses of the University of Jos, he was elated with the exceptional strides of Professor Maimako in the area of infrastructural development which will promote research and learning.

In a vote of thanks, Dean, Faculty of Veterinary Medicine and Chairperson, Committee of Deans and Directors, University of Jos, Professor (Mrs.) Lami Lombin commended all the stakeholders who made UNIJOS to be what it is today. She particularly appreciated the TETfund Boss, Professor Suleiman Bogoro for the numerous interventions undertaken in the University. Professor Lombin also commended Professor Maimako for making the difference in the University during his tenure.

Projects commissioned included the 500 Seating Capacity Auditorium for the Faculty of Management Sciences, Unveiling of Forum for Agricultural Research in Africa (FARA)- TETFUND Virtual Training and Innovation Hub at the TETfund Centre of Excellence in Food Security, Professor Suleiman Elias Bogoro Academic Loop and Access Road to the Faculty of Engineering, Access Road leading to the new Faculties of Veterinary Medicine, Natural Sciences and Agricultural Sciences.

Others are Mallam Adamu Adamu Lecture Theatre “A”, Prince Tony Momoh Lecture Theatre “B”, Professor Abubakar Adamu Rasheed Faculty of Arts Block “A” as well as Foundation Laying Ceremony of Male and Female Students Hostels all at the Naraguta Campus of the University. 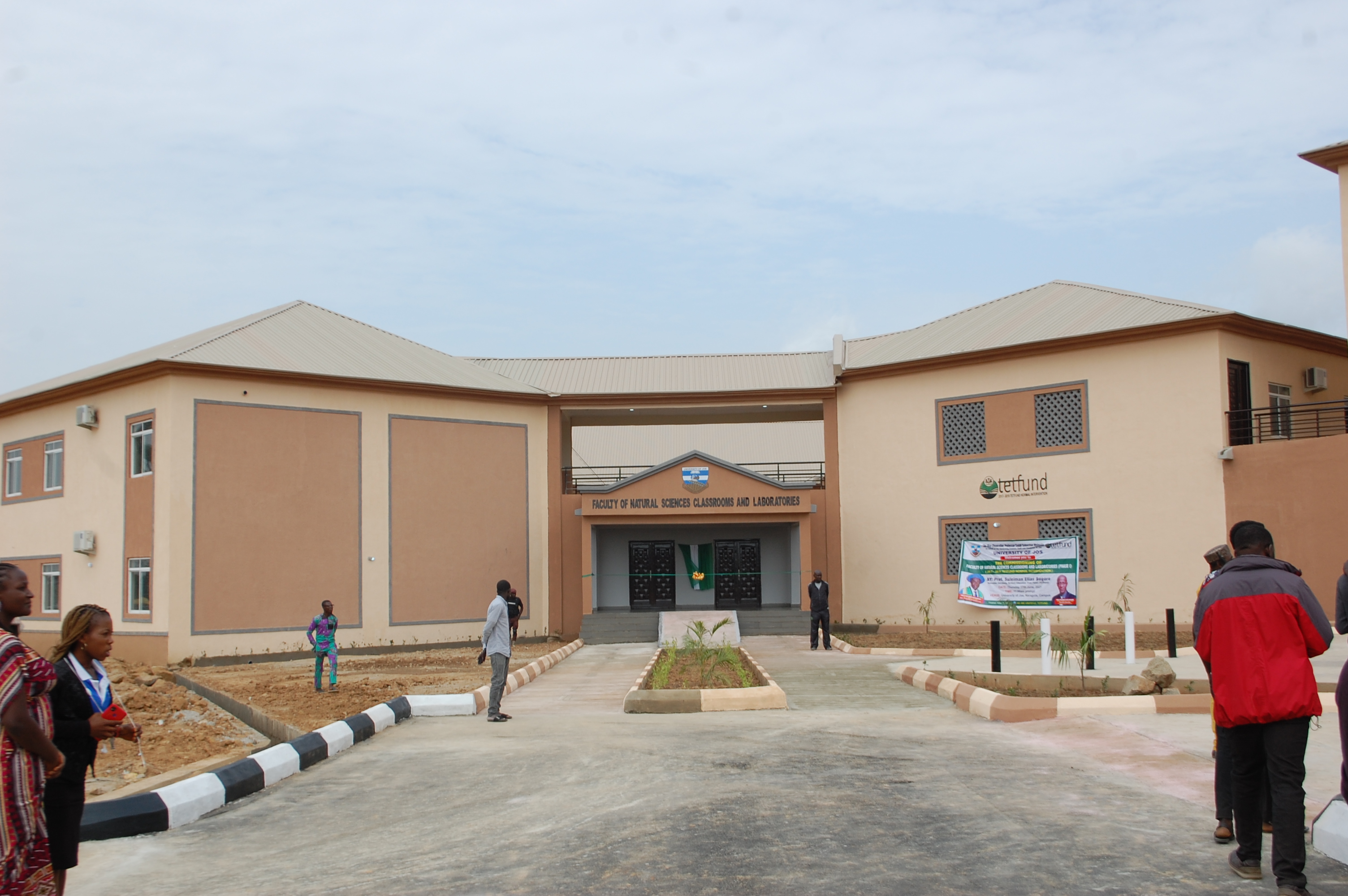