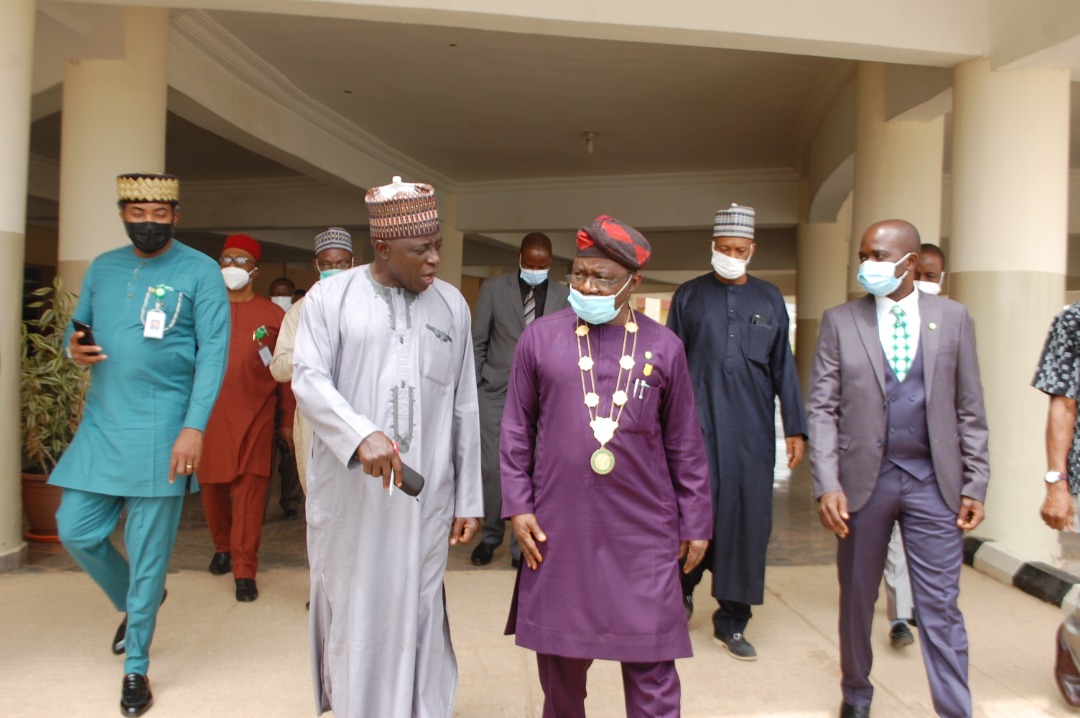 (OFFICE OF THE VICE-CHANCELLOR)

The National Executive Officers of the Nigerian Medical Association (NMA) have visited Management of the University of Jos as part of the Association’s outreach during its 61st Annual Scientific and Delegates Conference holding in Jos, Plateau State.

Receiving the entourage, Vice- Chancellor of the University of Jos, Professor Seddi Sebastian Maimako described the visit as a unique honour and congratulated the NMA President, Professor Innocent Ujah on his emergence as the pioneer Vice -Chancellor of the Federal University of Health Sciences, Otukpo, Benue State and his election as the Nation’s number one Medical Doctor.

Professor Maimako, who expressed delight that being a Staff of the University of Jos, Professor Ujah had contributed immensely to the body of contemporary Medical Research and Education, acknowledged the NMA President’s mentorship role to the younger generation of Medical practitioners.

The Vice-Chancellor emphasized the need for mentoring as the greatest asset to be bequeathed to upcoming professionals.

Earlier, President of the Nigerian Medical Association, Professor Innocent Ujah who described the visit as homecoming being a Staff of the University of Jos, said this is the first time Plateau State is hosting the NMA National Conference which has over One thousand Doctors in attendance.

He explained that the Conference is premised on the Universal Health Coverage also known as Agenda 2030, that would enable every Nigerian to have access to quality healthcare delivery irrespective of their level of poverty.

He said the Conference will also deliberate on research, training, local vaccine production and clinical trials among others. 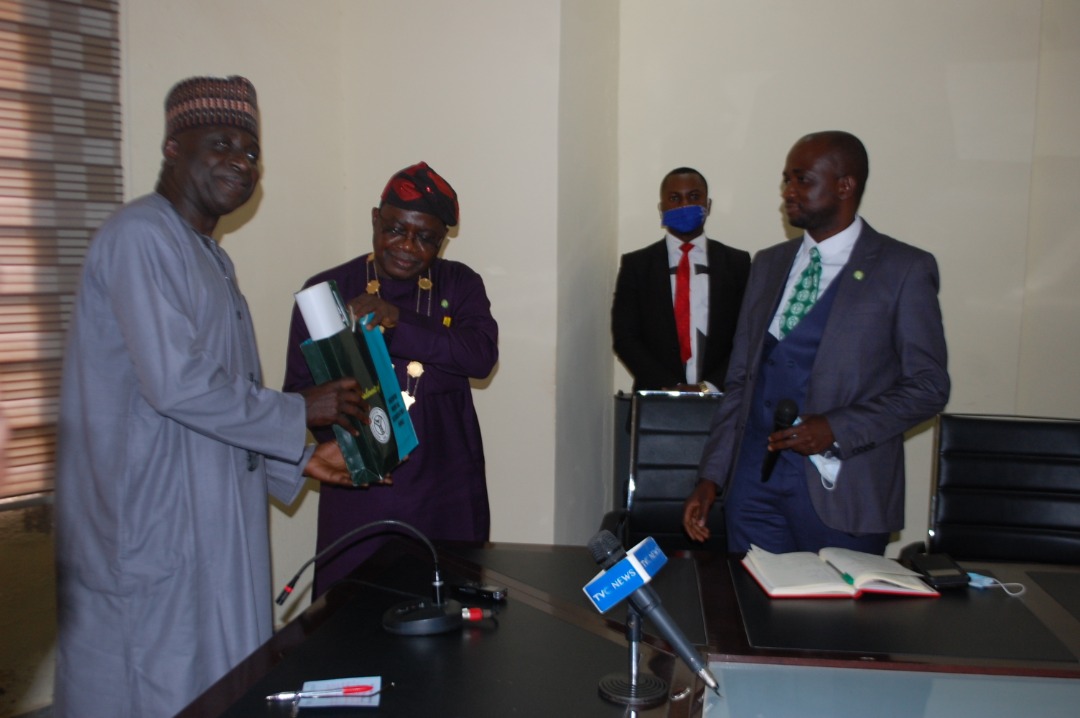 Highlight of the occasion was the presentation of a Souvenir Bag to the Vice-Chancellor, as well as the symbolic signing of the Visitor's book and posing for a group photograph.